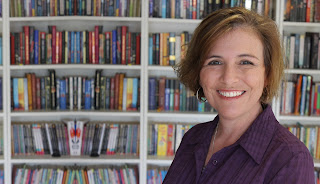 Sally Murphy is a mother, wife, teacher, speaker, website manager, reviewer, and, of course, author. She was born in Perth and now lives in Dalyellup, Western Australia. In 2001 she decided to dedicate herself to her dream of becoming a children's author and has now published 28 books. As well as writing for children Sally is also a children's book reviewer who runs the review site www.aussiereviews.com. Her first illustrated verse novel with Walker Books Australia,Pearl Verses the World (illustrated by Heather Potter) won the children's book category for the Indie Book of the Year awards, 2009; was awarded Honour Book in the Younger Readers category, Children's Book Council of Australia Book of the Year Awards, 2010; and won the Speech Pathology Australia Book of the Year Awards, 2010, Best Book for Language Development, Upper Primary (8-12 years). Toppling (illustrated by Rhian Nest James) has won the Queensland Premier's Literary Awards, Children's Book - Mary Ryan's Award, 2010 and the Children's Book for the 2010 Western Australian Premier's Book Awards. It has also been short-listed for the 2010 Speech Pathology Australia, Book of the Year Awards, Upper Primary category and the 2011 Children's Book Council of Australia Awards, Younger Readers Notable Books.
Sally Murphy's website: www.sallymurphy.com.au 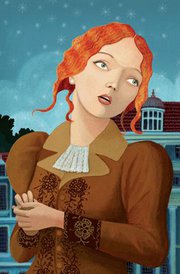 The child of German immigrants, Sonia first developed an appreciation of illustration through the story books sent to her by her grandmother. So at the age of four she decided to become an illustrator after she successfully drew her first duck. She went on to study Visual Communication at the Royal Melbourne Institute of Technology. Sonya’s work has appeared in many magazines and books, including the award-winning Tensy Farlow and the Home for Mislaid Children (Penguin) written by Jen Storer. Sonia is based in Melbourne, Australia. In 2011 Sonia was a finalist in the Archibald Prize, for her portrait of author Cassandra Gold.
Sonia's website: www.soniak.com


Do Not Forget Australia 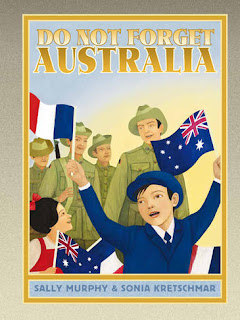 Henri lives in the French village of Villers-Bretonneux. Billy lives in Melbourne, Australia. These two little boys, who live thousands of miles away from each other, share one story that unites Villers-Bretonneux and Melbourne in history. A moving and inspiring story of World War One. 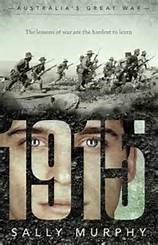 When Australia throws its support behind Britain in its fight against Germany, young teacher Stan Moore is one of the first to join up, swapping the classroom for adventure in Europe. But the 11th Battalion is sent with the newly formed Anzac Corp to Gallipoli, where Stan is confronted by the hard lessons of war. Though conditions are dismal and death is everywhere, so is the humour and bravery that is the true spirit of Anzac.Part of the Australia’s Great War series from Scholastic Australia,
1915 is out now,  in time to commemorate the 100 year anniversary of the landing of the first ANZACs at Gallipoli.

Reviews: Highly recommended…Murphy’s detailed background, the trenches, the Turkish army, Simpson and his donkey, the wounded and the dead, even Keith Murdoch, gives an authenticity to the tale which will encourage students to continue reading.” (Fran Knight at ReadPlus) 1915 is compelling storytelling for teenagers and young adults. (Writing WA)