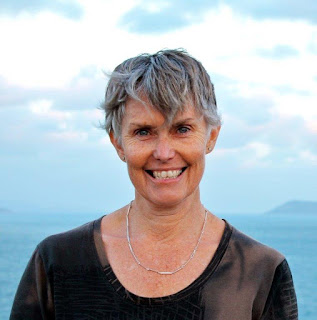 Dianne lives in Albany, the 1914 gathering point for troopships crammed with Australian and New Zealand soldiers, nurses, horses and animal mascots. Lighthouse Girl was inspired by the story of Fay, a lighthouse keeper’s daughter who relayed messages for the departing soldiers. CBCA Notable Book and winner of WAYRBA, Lighthouse Girl has inspired a commemorative light show and Royal de Luxe’s amazing street theatre production ‘The Giants’. In April 2017, Black Swan Theatre will present playwright Hellie Turner’s adaptation ‘Lighthouse Girl’. Light Horse Boy, winner of the 2014 WA Premier’s Award, explores iconic WW1 battles from the viewpoint of a soldier’s connection to his own horse and Sandy, the one Australian horse that returned. Dianne writes across genres. In addition to historical fiction, she creates picture books and YA novels. Dianne’s latest title, The Shark Caller was inspired by the traditional practice of shark-calling in PNG. It combines underwater fantasy with real world challenges such as coral bleaching and logging. A passionate advocate for children’s literacy, Dianne is a Room to Read Ambassador and was West Australian coordinator for SCBWI from 2006-2012. She is completing PhD research into Animal Characters in Australian Children’s Literature and her new picture book Nanna’s Button Tin will be published mid-2017. More info at www.diannewolfer.com 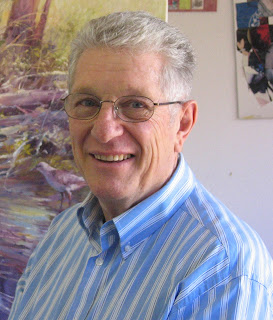 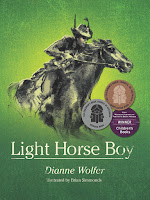 In 1914 Jim and Charlie abandon the Australian outback for the excitement and adventure of the war to end all wars. But in the Light Horse they quickly discover the brutal realities of life on the frontline. And nothing will ever be the same again. Featuring stunning charcoal sketches by Brian Simmonds alongside primary source documents and historical photos, Wolfer’s award-winning Light Horse Boy goes behind the scenes of the great Anzac legends for an intimate look at their experience of World War I. Selected by Moss Vale High for its whole school bookclub, Light Horse Boy, ‘is a powerful and moving book, highly recommended for ages 9 to 14 years.’ Child Magazines

Fay lives alone with her father on bleak, windswept Breaksea Island, but her isolated life takes a dramatic turn with the outbreak of World War I when troopships of the 1st AIF convoy gather in Albany’s King George Sound. Based on the true story of Fay Howe, this gentle tale brings to life the hardships of those left at home during the war — waiting, wondering, hoping. Drawing on fascinating archival material, and interweaving fact with fiction, award-winning author Dianne Wolfer deftly recreates this period in Australian history from the perspective of a young girl. Fay’s story was inspiration for Royal de Luxe’s massive street theatre production of ‘The Giants’ and a Black Swan Theatre production, ‘Lighthouse Girl’ (written by playwright Hellie Turner) to open in Albany and Perth in April 2017.

Name a positive outcome while you were writing/illustrating the book before or after:

In April 2005, when I first read about Fay signalling to departing soldiers (‘The Last Goodbye’ by Ron Crittall in The Weekend Australian,) very few people knew about the 1914 gathering of Australian and New Zealand troopships in Albany’s King George Sound. The convoy’s departure must have been an amazing sight for Albany townsfolk and young Fay on Breaksea Island. Feedback from readers indicates that Lighthouse Girl allows readers a glimpse into that historic moment through Fay’s eyes and that Fay is a window to war history from not only the perspective of those that stayed behind, but also from the viewpoint of women. WW1 commemorative events and Royal de Luxe’s spectacular ‘The Giants’ and the forthcoming Black Swan play have brought this story to an even wider audience which for me is very positive. I feel that understanding history helps us understand contemporary concerns so for me, this sharing of Lighthouse Girl in different mediums is a lovely outcome.


Name something sad/tragic you discovered:

I was sad to learn that of all the thousands of horses that left Australia, only one returned. Sandy was the favourite charger of Major General Bridges. After being shot by a sniper at Gallipoli, the Major General’s dying wish was for Sandy to be brought home. Those wishes were honoured and after WW1 Sandy lived out the rest of his days in a paddock at Maribyrnong, Victoria. Sandy’s story inspired the shape of Light Horse Boy and coincidentally, several years after publication, when I visited the new National Anzac Centre in Albany (http://www.nationalanzaccentre.com.au/ ), I saw Sandy’s silver-plated hoof in a cabinet! That felt a bit weird and creepy, but also special that a part of the old warhorse now resides in my home-town.

I loved discovering photographs and stories about WW1 animal mascots. There are so many fabulous photos on the AWM website, and so many different kinds of animals; dogs, rabbits, cats, monkeys, kangaroos were cared for by the troops. Even a koala! When I visited the Gallipoli Peninsula as part of my research, I was fascinated to also find photographs showing Turkish soldiers with their animal mascots. For me this was another reminder of the common humanity of soldiers and the futility of war.