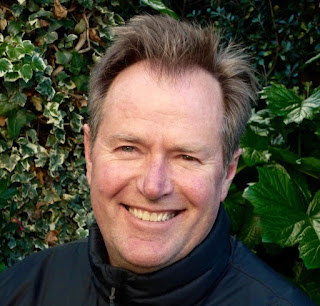 Peter has illustrated 19 Trade books, 45 Education books and numerous covers. His work has been featured in articles and reviews in national newspapers, regional newspapers, magazines including, “Island”, “40 South”, “Vogue”, as well as many book trade publications. He has also been interviewed for television and radio around Australia. Four of his children’s books have been featured on A.B.C. Television’s, “Playschool”. His latest book The White Mouse, which he wrote and illustrated, was shortlisted for the CBCA Book Awards. Other books he has written and illustrated include Jonah and the Manly Ferry, No Return: Captain Scott's Race to the Pole and Ice, Wind, Rock: Mawson in the Antarctic. Peter has also illustrated for other well known Australian authors such as John Marsden, Paul Jennings, Gary Crew, Libby Hathorn, Corrine Fenton, and Colin Thiele. 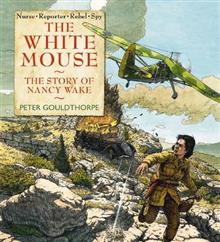 ISBN: 9781742990910
Author: Peter Gouldthorpe
Illustrator:  Peter Gouldthorpe
Publisher:  Omnibus Books
Buy here
The Gestapo called her The White Mouse and they wanted her, dead or alive. Nancy Wake was an Australian who joined the French Resistance during World War II and became the most wanted woman in France. Parachuting behind enemy lines, blowing up bridges and smuggling refugees across borders, Nancy fought fiercely against the enemy and became the most decorated Australian woman in any war.
Teaching Resource Here
Interview

Something positive that Peter encountered while researching The White Mouse:

The selflessness that people some people show in the face of in war. That the men and women who volunteered for the Special Operations Executive could display so much courage by heading back behind enemy lines after reaching safety and freedom. Torture for information and a slow death was inevitable for those who were caught. We don’t know how many swallowed the cyanide pills they were issued with but we do know that about a third of them died.

Something tragic that Peter encountered while researching The White Mouse:

“The only good German is a dead German.” I include this in my display. I found it very sad that Nancy could still feel that way fifty plus years after the war. Especially as I have been to Germany and seen that in all of their war museums there is no avoidance of the shameful truth about what happened before and during World War 2.

Whilst Google-ing images pertaining to Nancy’s story, the photos that upset me the most were of French villagers taunting women who had been friendly with the occupying German soldiers. I can well imagine the villagers anger but my heart still went out to those terrified, shaved-headed women.

Another image that still haunts was of a German soldier shouting into the face of a boy soldier who is crying and huddled in absolute fear.

Something interesting Peter discovered while writing and illustrating The White Mouse:

Getting illustrator’s Block. People imagine that it must be easier to illustrate your own words but when it came to making the finished pictures I got really stuck. Luckily for me the publisher had a patient and talented designer, Patricia Howes who talked me through it.