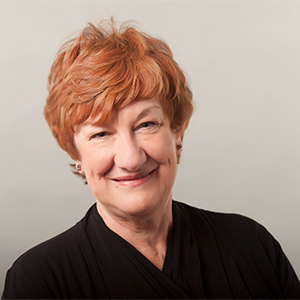 Best known for There's a Hippotamus on our Roof Eating Cake ,which toured as a musical in 2016, Hazel Edwards OAM has written junior histories and run workshops on Writing a Non Boring Family History. Her memoir, Not Just a Piece of Cake; Being an Author shares the work-style behind her over 200 books. She co-wrote her latest junior fiction Hijabi Girl with librarian Ozge Alkan. Along with Sir Edward 'Weary Dunlop,
Hazel has written two other Aussie Heroes books: Professor Fred Hollows and Edith Cowan. The Aussie Heroes series introduces junior readers to heroes who have made an important contribution to Australian society. Aimed at readers 10 years + 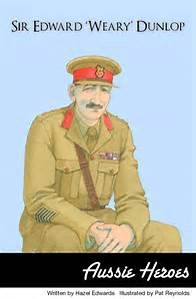 
Hazel Edwards explores why this wartime surgeon and rugby-player, is so well regarded. Melbourne born, farm boy 'Weary' was fascinated by medical science and sport. In November 1939, after the outbreak of WWII, Weary signed up for the Australian Army. In April 1942, Weary and his men became prisoners of war. Weary's leadership against the Japanese prison guards was heroic. He saved lives through his medical skills, negotiated on behalf of his men, and persuaded the Japanese it was in their interests to have healthier prisoners. Read his story to find out how he survived the war and led a successful medical career afterwards.

Hazel, can you please tell us something positive, something interesting and some sad or tragic that you discovered while writing Sir Edward 'Weary' Dunlop.


I was fascinated that so many people felt they 'owned' Weary via their personal stories. All were willing to contribute. Researcher Gail Arkins even had a letter Weary sent to her medical family.


Grandparents share the 'Weary' book with younger family because they had been operated on or worked with Weary.


He was highly respected for his rugby and doctoring skills. Ex-POWs credited him with saving their loves. Hometown Benalla locals were very proud of him and all knew his statue.


Name something sad you discovered:


Often children play on the steps of the St Kilda Road 'Weary' statue, not realising each step symbolises wartime sacrifices.


Big difference between saving lives as a hero, leading by example and being a 'celebrity' known only for being in the media.


Name something interesting you discovered:


As a 'surgical demo', Weary taught medical students how to 'sew up' a patient by stitching together a pair of socks. They never forgot that skill.


He was a really bad driver but an attentive doctor, concentrating on the whole patient. By taking on surgical cases, others thought too risky, he learnt new ways of operating.


Weary's resourcefulness in 'making-do' possibly came from his farm childhood. In the POW hospital he created medical equipment from camp basics such as bamboo.


Risk-taking can pay off, if you are stoic about accepting the consequences when things go wrong. Weary was very stoic about his own injuries or things going wrong.