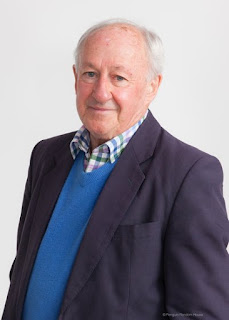 Anthony Hill is a multi-award-winning, bestselling author. His book, Soldier Boy, about Australia's youngest known Anzac, was the winner of the 2002 NSW Premier's Literary Award for Books for Young Adults. Other Anzac themed books for young people include Soldier Boy, Young Digger and Animal Heroes. All still in print.
Anthony has had a varied career; he has been a newspaper and television reporter, political journalist, antique dealer, speech-writer for Australia's Governor-General, and now is a full-time author, living in Canberra with his wife, Gillian.
Soldier Boy 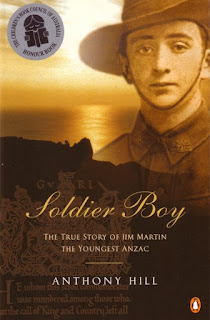 On 28 June 1915, fourteen-year-old James Martin sailed from Melbourne aboard the troopship Berrima – bound for Gallipoli.
Soldier Boy is Jim's extraordinary true story of a young and enthusiastic school boy who became Australia's youngest known Anzac.
Four months after leaving his home country he would be numbered among the dead, just one of so many soldier boys who travelled halfway around the world for the chance of adventure.
Published by Penguin Books, ISBN:  9780141003306, buy it here. 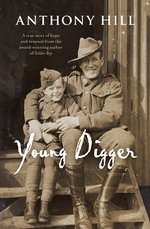 The dark clouds returned and gathered about the boy. His eyes grew distant, and he began to tremble. He heard not only shells exploding, but the cries of dying men . . . He was stumbling over churned earth, looking into the face of an officer, bloodied red as the poppies, ripped apart in the Flanders mud . . .
A small boy, an orphan of the First World War, wanders into the Australian airmen's mess in Germany, on Christmas Day in 1918. A strange boy, with an uncertain past and an extraordinary future, he became a mascot for the air squadron and was affectionately named 'Young Digger'. And in one of the most unusual incidents ever to emerge from the battlefields of Europe after the Great War, this solitary boy was smuggled back to Australia by air mechanic Tim Tovell, a man who cared for the boy so much that he was determined, however risky, to provide Young Digger with a new family and a new life in a new country, far from home.
Published by Penguin Books, ISBN: 9780670079292, buy it here.