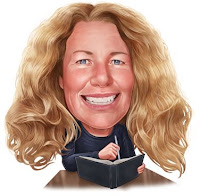 Author Maria Gill has written 60 books for children and teachers. Eight of her books have been shortlisted for nationwide children’s book awards, and six have been selected as Storylines Notable Books. Her latest book Anzac Heroes won the 2016 New Zealand Post Book Awards for Children and Young Adults Supreme Award and the Elsie Locke Non-fiction Award, and New Zealand Hall of Fame won the 2012 New Zealand Post Children’s Choice Book Award in non-fiction. Maria has lectured and tutored a ‘Writing for Children’ paper for Massey University, co-written a ‘Writing for Young Readers’ course for the Commonwealth Education Trust, and taught at Primary and Intermediate schools.  Maria has a passion for children’s books and she enjoys sharing it with others. 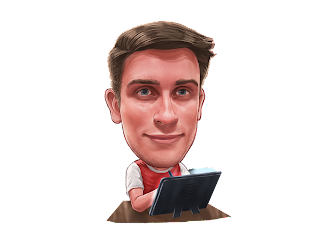 Illustrator Marco Ivancic has illustrated two books for children. His first book New Zealand Sports Hall of Fame was shortlisted for the LIANZA Elsie Locke Award for non-fiction. His illustrations were given an Honorable Award. It was also shortlisted for the NZ Post Book Awards Children's Choice (non-fiction). His second book Anzac Heroes, also with Maria Gill, won the 2016 Margaret Mahy Book of the Year Award as well as the Elsie Locke Non-fiction Award. Marco has also illustrated several book covers (Shooting Stars by Brian Falkner, The Tale of Onoro Books 1-3 by Dylan Saccoccio) and magazine covers. He majored in illustration when completing his Bachelor of Design. 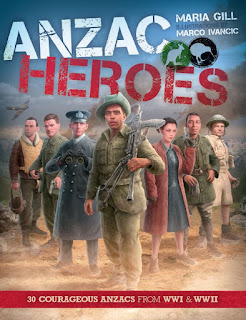 Maria, can you please tell us something positive, something interesting and some sad or tragic that you discovered while writing Anzac Heroes.

While trying to find a picture of Corporal Albert Knight I talked to many of his relatives. I also spoke to an RSL  representative in Bourke who had been trying to get hold of Albert's family to get permission to put a plaque and grave stone on Albert's grave. For (approximately) sixty years, Albert had lain in an unmarked grave, as did his brother and cousins. I was able to pass onto the RSL representative, phone numbers of people who I had spoken to. In 2015, a special ceremony was held in Bourke on Anzac Day when they placed an engraved plaque and headstone on Albert and his brother William and cousin's grave. All returned soldiers were supposed to have plaques and gravestones on their graves when they passed away. Unfortunately, many Aboriginal soldier's graves did not. Now Albert has his.

Name something sad you discovered:

I cried many times while researching and writing these stories. The two world wars ruined many men's lives. I especially cried when Robert Harper lost his brother Gordon in Romani. When Robin heard his brother had been shot, Robin rode towards the advancing enemy's fire, placed Gordon across his horse and brought him back behind the lines. Hugo Throssell also lost his brother in battle in North Africa. His story would end in even more tragedy. As well as the deaths of Robert Little, William Sanders, Richard Travis, Thomas Derrick, and Moana-nui-a-kiwa Ngarimu. There are no winners with war.

I had watched the film The Great Escape many years ago. I never knew a New Zealander would play a pivotal role in the escape. When Germans captured Leonard Trent after his plane crashed, he was taken to POW camp Stalag III. It didn't take him long to notice that something strange was going on. Once they trusted Leonard was not a spy the POWs let him in on their secret. They had built three tunnels below the POW camp, complete with electricity, train track, and storage room. Leonard was one of the lucky men to draw a number out of the hat which enabled him to be one of the escapees. Unfortunately for him, the first 78 escaped but he was halfway towards the forest when a German soldier discovered the escape. Leonard had a choice: run for it and risk being shot or stand up with his hands raised. Read on to find out what choices he made.