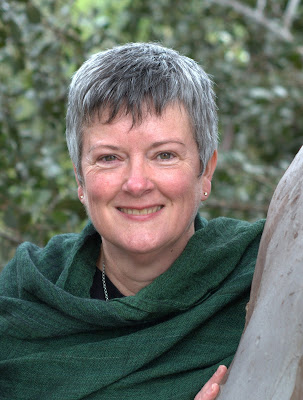 Claire Saxby is award-winning writer of fiction, non-fiction and poetry for children. Her work is published widely throughout Australian and internationally. She was born in Melbourne and now lives there, although there were many years of living interstate, regionally and also in Papua New Guinea. She has written about war, about Australia’s iconic animals, about history and also writes stories about families, pets and sailors with enormous appetites. Claire visits schools, libraries and festivals throughout Australia and beyond, sharing the curiosity that underpins her work and encouraging young writers to play with words in telling their own stories.
Claire's other books include Big Red Kangaroo, Emu, My Name is Lizzie Flynn, and There was an Old Sailor. 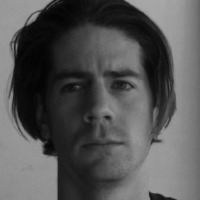 Introducing Max Berry
Max Berry is a painter born who was born in 1987 in Katherine in the Northern Territory. Max completed a Bachelor of Design in 2009 at the College of Fine Arts, University of New South Wales in Sydney, majoring in Graphic Design and Textiles. This is his first picture book.

Jeremy Lord is a French-Australian illustrator based in Sydney. With a master’s degree in graphic design and illustration, Jeremy’s work covers a range of styles and applications. His main inspirations, however, will always be the work of artists like Monet, Schiele and the more contemporary Saul Bass. He loves to draw everything and anything, and when not doing that, he'll probably be trying to catch a wave or two. 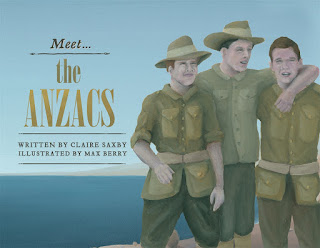 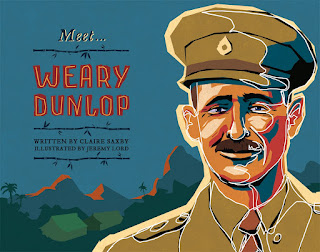 ISBN: 978-0-857985873
Author: Claire Saxby
Illustrator: Jeremy Lord
Publisher: Random House
Buy Here
Meet Weary Dunlop Sir Edward ‘Weary’ Dunlop was an Australian Army surgeon during World War II. This is the story of how Weary’s bravery and compassion helped to save the lives and bolster the spirits of fellow prisoners of war on the Thai–Burma Railway.
Teaching resource Here

Interview
Anzacs
I had to take a big deep breath before I began to research for Meet the Anzacs. War is such an enormous subject, it was challenging to know where to begin. But once I had made the decision to write about the preparation for war by Australians and New Zealanders, I was set. While ANZAC was a word coined initially as shorthand for the two national forces, it has grown to become so much more. Each year, both Australia and New Zealand remember the first Anzac Day, and embrace all those who represent their countries at war. Researching this book helped me to understand more about how important it is to remember.

Sad/tragic
During my research, I found that the War Memorial in Canberra had begun to digitise diaries from soldiers. I was able to read handwritten letters and diaries. I read diary entries from several men, written the night before the landing at Gallipoli. One was from a new soldier who was excited and nervous about what the next day would bring, and another from a seasoned officer who knew something of what could happen and was determined to protect his young soldiers. I also read several letters from one soldier to different members of his family: to his father; to his mother; to his young sister. The contrasts in the content and voices told me so much about his relationships and about the responsibility he felt to each of them and to Australia. I also discovered how many men joined up thinking that war would be a grand adventure and a way to travel to Europe.
Interesting
My grandfather went to England and France during WWI. I’d known it, but not really thought much about it. I knew he met my grandmother in England after she fled there from Belgium but I knew nothing really about what he was doing there. Researching this book I discovered so much more about him as a person. It’s been like getting to know him all over again.

Weary
Positive
I knew about Weary Dunlop. I’d read his diaries and biographies about him and his time in POW camps along the Burma-Thai Railway. He was a giant of a man who did an amazing job of protecting his men in very difficult circumstances. The positive for me though, in writing this story was in discovering that the man so revered for his work in WWII was also a child who got into trouble at school, a prankster and a daredevil. The hero was human. This does not diminish what he achieved, but is a reminder that there is the potential for heroism in everyone.
Sad/tragic
This is such a tough story, about life in POW camps in terrible conditions and with cruel captors. There is so much that is tragic here. So many men died, and those who survived would have to carry the physical and psychological scars for the remainder of their lives. The culture of the times meant that they only felt able to share their stories with fellow survivors, not with family or even with medical professionals. The cost of this is immeasurable.


The innovation of Weary and his men was amazing. They had very little in the way of medicines, instruments, equipment or building materials. But they adapted what they had in ingenious ways. Bamboo became a wonder-material. It was used in building, was adapted to make beds and stretchers, shaped into water-carriers, cut and shaped for all sorts of medical purposes and much more.