'A Soldier, A Dog and A Boy', 'Eventual Poppy Day' 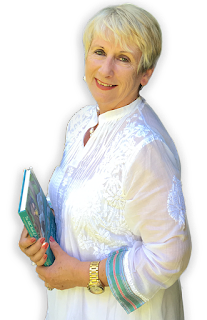 Introducing Libby Hathorn
Libby Hathorn is an award-winning author and poet of more than fifty books for children and young people. Translated into several languages and adapted for stage and screen, her work has won honours in Australia, United States, Great Britain and Holland. Libby was recipient of a Centenary Medal 2003 for her work in children’s literature. In 1994, her picture book Way Home was the winner of the Kate Greenaway Award, UK with illustrations by Greg Rogers. In 2012 she was a National Ambassador for Reading and travelled to many country towns to talk about Australian literature as she has done in her role as Australia Day Ambassador since 1994. In 2014 she was winner of The Alice Award, a national award for ‘a woman who has made a distinguished and long term contribution to Australian literature.’ With a deep interest in literature, poetry continues to inform her life and her writing. Her most recent publications include Outside,  (CBCA Notable, 2015) being developed as a children’s opera; and Incredbilia, 2016. www.libbyhathorn.com 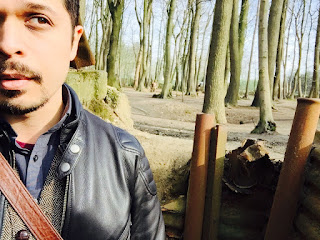 Phil Lesnie is a Sydney based illustrator of children’s books. He is also a children’s bookseller. It’s almost as if he likes them or something. Half the week, he paints stories for kids written by people he lionised and loved when he was a kid.  And the other half, he talks to kids about the writers and artists that they lionise and love.
He works primarily in watercolour, because in a watercolour painting even mistakes look lovely, and he makes many.
His first book, “Once a Shepherd” by Glenda Millard, was a CBCA Notable Book in 2015. But his first cat, Cassidy, is notable all of the time.
Currently, he is working on books by Phil Cummings, Zana Fraillon, and a new book with Libby Hathorn. He is very sleepy, and quite thrilled.
phillesnie.tumblr.com

A Soldier, a Dog and a Boy 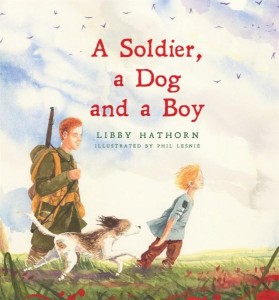 A moving story, told completely in dialogue, about a young Australian soldier in the battle of the Somme. Walking through the fields away from the front, he finds what he thinks is a stray dog, and decides to adopt it as a mascot for his company. Then he meets Jacques, the homeless orphan boy who owns the dog. The soldier realises that Jacques needs the dog more – and perhaps needs his help as well.


With stunning illustrations from Phil Lesnie, this is a deeply moving celebration of friendship in times of war. A Soldier, A Dog And A Boy was inspired by Libby Hathorn’s months of research on her uncle, who survived Gallipoli but went on to fight at the Battle of the Somme and was killed there in 1917 at just twenty years old. 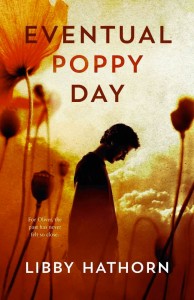 
Painstakingly researched and extremely well written, this is a novel that moves deftly and easily from one time period to another and yet still allows the novel to retain an overall sense of cohesion.
Shooting stars, kisses, grenades and the lumbering tanks. And the shrieking skies and the shaking comrades: ‘Up and over, lads!’ And I know it is time again to go into madness.
It is 1915 and eighteen-year-old Maurice Roche is serving in the Great War. A century later, Maurice’s great-great nephew, eighteen-year-old Oliver, is fighting his own war – against himself.
When Oliver is given Maurice’s war diary, he has little interest in its contents – except for Maurice’s sketches throughout, which are intriguing to Oliver who is also a talented artist.
As he reads more of the diary though, Oliver discovers that, despite living in different times, there are other similarities between them: doubts, heartbreak, loyalty, and the courage to face the darkest of times.
From award-winning children’s and YA author Libby Hathorn comes a moving, timely and very personal book examining the nature of valour, the power of family and the endurance of love.
This is a story we should never forget.

A Soldier, A Dog and A Boy

Name something positive you discovered while writing the book.
I found that all the research I’d done, the histories I’d read, the poetry even the postcards came together to provide me with the voice of a soldier. Once voices ring truly in this writer’s head, you know you must follow them. His meeting with the dog and then the boy in the Somme poppy field as my Aussie soldier walked back from his leave, seemed the most natural thing in the world for me.

Name something sad/tragic you discovered while writing the book.
Tragedy lies all around this story for me, the tragedy of so many young men from so many countries, and so many young women giving up their lives or perhaps their sanity and in so many cases, their health for the great hungry war machine. I came to respect their sacrifice more than ever as I read in detail; and to love those famous words inscribed at the tomb of the unknown soldier at the War Memorial in Canberra,’ He is all of them. And he is one of us.’

Name something interesting/new you discovered while writing the book.
At first I tried to ignore the voices as I’d spent four years researching my Anzac novel and wanted to write a light-hearted book to follow. But then an amazing thing happened. Seeing the photograph at the State Library of NSW of a returned WWI soldier holding open a sack out of which stepped a little French boy, spurred me on.  I responded to my soldier’s voice and I was off and away into a new picture book that seemed then to write itself! Phil Lesnies’s stunningly suitable artwork was perfect for this story.