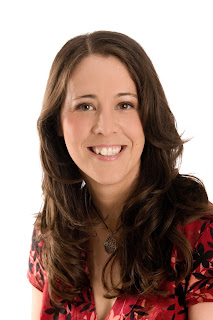 Marianne Musgrove is an award-winning South Australian children’s author and poet. She is also a descendant of King Henry VIII’s librarian so you could say books are in her blood. Marianne won the 2008 Australian Family Therapists’ Award for Children’s Literature for The Worry Tree, the 2011 Swiss Prix Chronos for Don’t Breathe a Word (German language edition), and was short-listed for the 2013 Prime Minister’s Literary Awards for The Beginner’s Guide to Revenge. She is a 2016 Max Fatchen Fellow and a May Gibbs Fellow. In addition to being an author and worry workshop facilitator, Marianne has been a tomato picker, a museum guide for kids and a social worker. mariannemusgrove.com.au 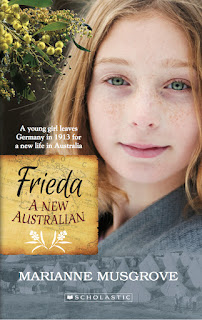 
Frieda, a (mostly) obedient girl from Heidelberg, travels across the seas with her adventurous father and sickly mother to live in Adelaide. There she embarks on a mission to make some friends. But when World War One breaks out, the Germans, once considered friends of Australia are now the Enemy. Frieda’s father is unjustly interned for being a German spy. Meanwhile, the local children have formed the Junior Anti-Hun League. Should Frieda change her name and hide all trace of her culture? Or will her new friends stand by her?

Name something sad/tragic you discovered while researching your book(s).

When I began my research, I knew very little of the internment of innocent Germans living in Australia during World War One. Many people of German extraction, even some born in Australia, were spied on by their neighbours and reported for ‘unAustralian’ activities such as not selling enough tickets to a Red Cross fundraiser for soldiers. For these ‘crimes’, they were arrested and, in some cases, imprisoned. I was shocked to learn South Australia hosted the most notorious of these prisons – Torrens Island Concentration Camp. In 1914, one in ten South Australians had German background, the first group having arrived in the 1830’s. They contributed to the community, the economy and the cultural diversity of the colony. To then be regarded with suspicion after decades of being a part of the community must have been devastating, frightening and insulting.

Name something positive you discovered while researching your book(s).

I learned that even in the midst of war when Australian civilians were joining groups such as The Anti-German League, there were still those who helped the local Germans. For example, the Quakers delivered food parcels to Germans who were unable to get work due to their heritage. Even the Premier of South Australia encouraged citizens to feel sympathy for local Germans who would, he explained, naturally feel torn between their love of the Fatherland and their loyalty to Australia. There were also those prepared to stand up for the rights of Germans locked up by the State in internment camps. One internee named Paul Dubotzki secretly took photographs of the poor treatment at Torrens Island Concentration Camp. When these photographs were slipped to a visiting military official, that official was so appalled, he arranged for the camp to be investigated. He could have ignored the pictures, but instead, he chose to take action. The camp was subsequently shut down. It is heartening to know there were times when kindness and justice triumphed over prejudice and fear.

As Frieda’s father is a pharmacist, I wanted to learn all about medical treatments back in 1914. I ordered a vintage book from eBay called The People’s Commonsense Medical Adviser. It was the type of reference book people had on their shelves at home should a family member fall ill. When the parcel arrived, I spent some time perusing the pages when what should I find but a bullet lodged in the spine! It seems someone had shot at this medical text book at some point. After some digging, I discovered the book came from a monastery not far from Chicago. This monastery was next door to an old shack reputedly owned by a notorious Mafia figure back in the 1920’s. Was there a shoot out between the monks and the Mafia man? Probably not, but it amuses me to think so. You never know what you might uncover when researching historical fiction.